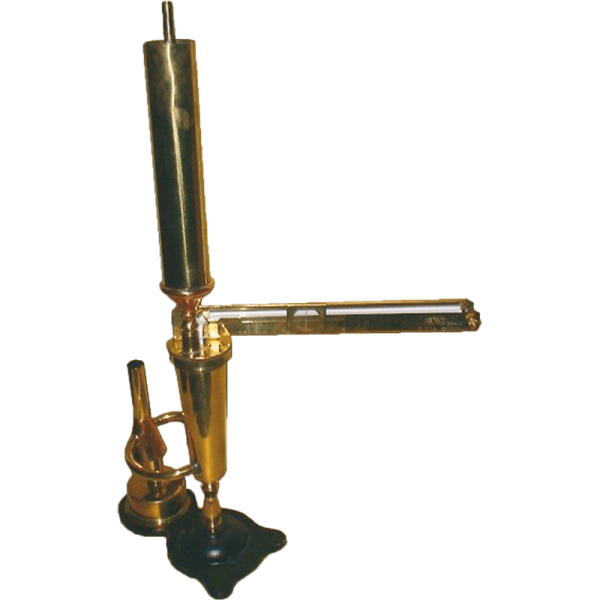 Description
Description
For determining the alcohol content in distillates, in wine and in all other liquids containing... more
Close menu
Product information "EBULLIOSCOPE according to Malligand-PROFI chrome-plated"

For determining the alcohol content in distillates, in wine and in all other liquids containing alcohol. The ideal instrument for the professional and for the hobby winemaker or distiller with high demands. The instrument is supplied complete with spirit burner in a sturdy plastic case.

Before carrying out the determination, the conical boiling vessel (A) is filled with pure water up to the lower of the two ring marks placed inside. After screwing on the thermometer-carrying attachment (E), the water is heated until the mercury thread finally stops. It is not necessary to attach the cooler (G) for this zero determination, because pure water does not change its boiling point when water pressure escapes.

Now the zero point of the movable metal scale is set exactly to the end of the mercury thread and fixed by means of a knurled screw.

After disassembling the apparatus and draining the water, the vessel is rinsed out with the wine to be tested and then the wine is poured in up to the upper ring mark. With the cooler in place and filled with cooling water, heat is applied until the mercury filament of the thermometer stops. The percent alcohol by volume is read directly from the mercury filament end. The movable slide with glass pane and line can be used to mark the mercury thread.

Re-establishment of the zero point of the scale is necessary if the barometer reading has changed.

Mercury thermometers, such as those contained in the ebullioscope, have a tendency to run out of mercury thread during transport or when stored horizontally. If air is trapped, the instrument will show false readings. As a rule, the mercury column does not come to a standstill then either. Through the longitudinal slits of the round protective tube on the thermometer probe, you can usually see the air pockets in the expansion of the mercury chamber. Often, careful burping or jerky spinning, as with fever thermometers, is sufficient to bring the remaining mercury down and remove the air pockets. If this is not successful, it is best to cool the thermometer considerably in the freezer compartment of a refrigerator before attempting to push down the mercury column. 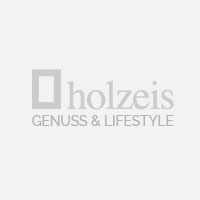