window.dataLayer = window.dataLayer || []; GEORGIA, A culinary declaration of love / STV | WINE & VINEGAR | Books | holzeis - homebrew & grillshop
Cookie preferences
This website uses cookies, which are necessary for the technical operation of the website and are always set. Other cookies, which increase the comfort when using this website, are used for direct advertising or to facilitate interaction with other websites and social networks, are only set with your consent.
Configuration
Technically required
These cookies are necessary for the basic functions of the shop.
"Allow all cookies" cookie
"Decline all cookies" cookie
CSRF token
Cookie preferences
Currency change
Customer recognition
Customer-specific caching
Individual prices
Selected shop
Session
Comfort functions
These cookies are used to make the shopping experience even more appealing, for example for the recognition of the visitor.
Note
Statistics & Tracking
Affiliate program
Track device being used
Categories
Information 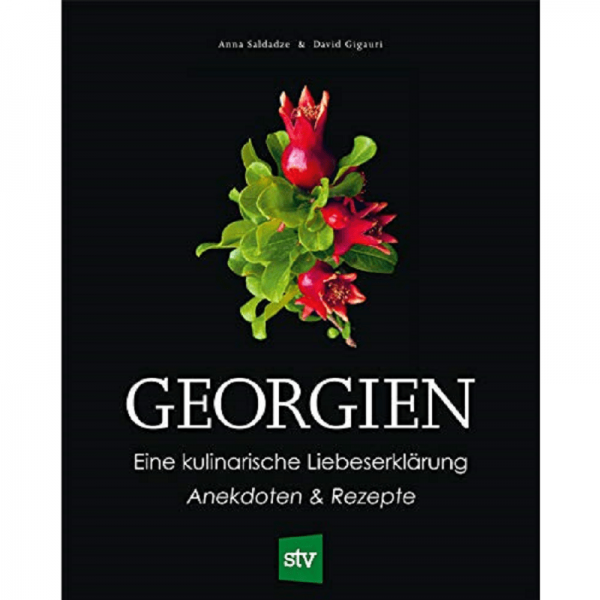 Favorite recipes, anecdotes and memories of internationally known Georgian artists and "celebrities," as well as prominent visitors to Georgia such as Anna Akhmatova and John Steinbeck, combined with exceptional photographs, make up this unusual cookbook.

It contains numerous traditional Georgian recipes, such as for the popular cheese pizza Hachapuri, the plum sauce Tkemali, or Saziwi (chicken in cold walnut sauce). But the often literary texts are about the love of Georgian cuisine, memories of childhood delights (such as the spectacular "Gogli-Mogli") and the special magic of a Georgian supra - the traditional festive table.

Philologist Maia Panjikidze, former Foreign Minister of Georgia, has translated this declaration of love for Georgian cuisine into German.