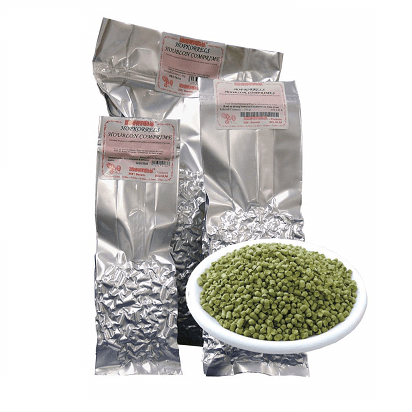 Is a universal hop, used mainly as a bitter hop, often in dark beers, but also in Altbier and Kölsch. The hop cones are naturally slightly browner than the other species. It is one of the main cultivars from the Hallertau region, where it develops an excellent aroma in the sunny climate.
Taste and smell ResinousAlpha acid
: 7-10% Cohumulon
: 27-33% The
exact Alphasäuregehlt is indicated on the package!
Beer styles:
pale ale, pale ale, porter, quadrupel, scotch ale, stout, tripelSubstitute hop variety/s
:
Nugget